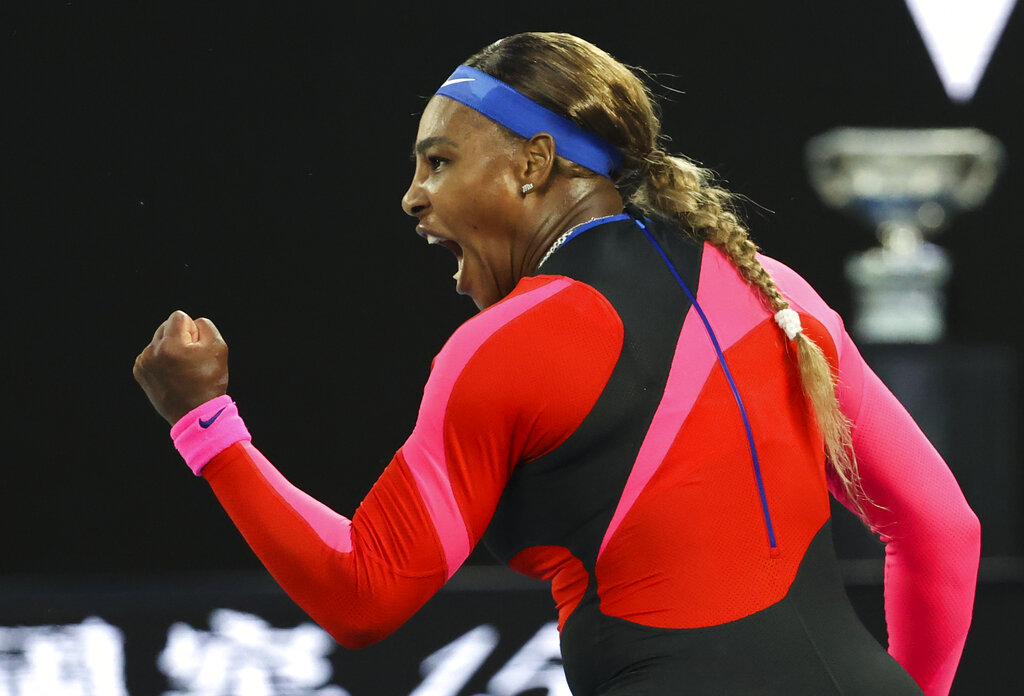 MELBOURNE, Australia (AP) — A quick look at the Australian Open:

Naomi Osaka has won 19 consecutive matches but none of those wins came against Serena Williams. Three-time major champion Osaka will meet 23-time Grand Slam singles title winner Williams in the Australian Open semifinals on Thursday. This will be their fourth matchup.

The most memorable was Osaka’s victory in the 2018 U.S. Open final, which ended with both players in tears during the trophy ceremony. That was one of Williams’ four losses in Grand Slam finals since her last major championship, which came in Australia in 2017.

The 27-year-old Karatsev is the first man in the professional era to reach the semifinals of his first career appearance in the main draw of a Grand Slam tournament. He has eliminated three seeded opponents already, but nothing is tougher at Melbourne Park than trying to beat Djokovic, who is 16-0 in Australian Open semifinals and finals.

STAT OF THE DAY

1978 — The last time an Australian won a singles championship at the Australian Open; Chris O'Neil won the women's title that year. Barty was the last man or woman from the host country in singles this year.

QUOTE OF THE DAY

“It’s heartbreaking, of course ... but the sun will come up tomorrow. You’re either winning or you’re learning, and today is a massive learning curve for me.” — Barty, after her quarterfinal exit.