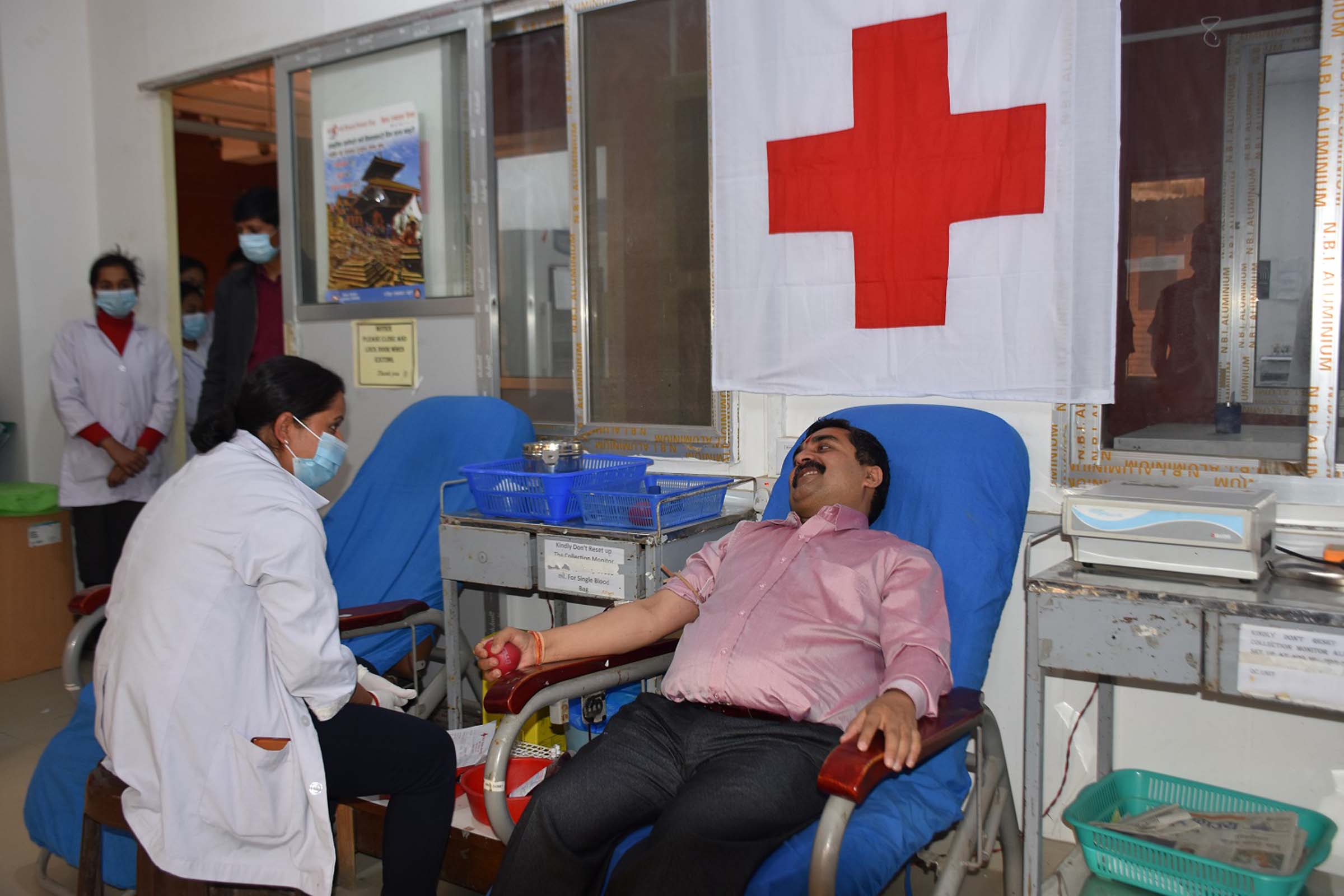 Janakpurdham: Taking up public offices and serving the public is a routine task for the appointed ones. But rarely do some people holding an important position as Province No 2 Chief Rajesh Jha take up social cause so persistently that they donate their blood for the 32nd time.

Jha said, “It’s imperative to encourage as many as youths to donate blood. I feel proud to be able to donate blood regularly.” He pledged his utmost support to the NRCS Blood Transfusion Centre to be set up in Province No 2 very soon.

On the occasion, NRCS’s executive director Umesh Prasad Dhakal briefed blood donor Jha about the NRCS’s activities. According to him, the NRCS had been working to ensure smooth supply of blood for the needy ones.

A letter of thanks was also given to Jha by the NRCS.  Transfusion Centre would be set up in Province No 2 and Karnali Province very soon, said newly appointed executive director Dhakal.

NRCS has collected over 10,000 units of blood in the past four months and has been distributing it to the needy ones, it was said. (RSS)