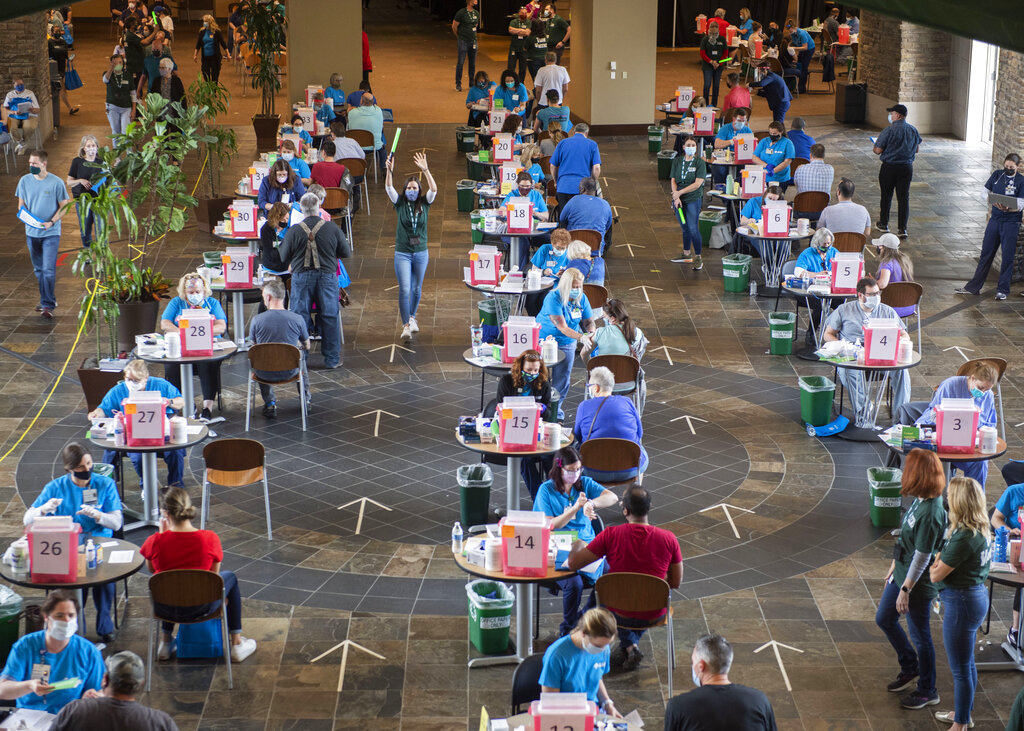 Allegheny Health Network hosts a vaccine clinic for those in the 1A and 1B phases at DICK'S Sporting Goods' Corporate Office, Tuesday, April 6, 2021, in Coraopolis, a suburb of Pittsburgh. (Emily Matthews/Pittsburgh Post-Gazette via AP)

NEW DELHI (AP) — India has hit another new peak with 115,736 coronavirus cases reported in the past 24 hours. New Delhi, Mumbai and dozens of other cities are imposing curfews to try to slow the soaring infections.

The latest rise reported Wednesday overtook Sunday’s record of 103,844 infections. Fatalities rose by 630 in the past 24 hours, the highest since November, raising the total death toll in the country to 166,177 since the pandemic began.

Experts say the surge is blamed in part on growing disregard for social distancing and mask-wearing in public spaces. The latest surge in infections is worse than last year’s peak of more than 97,000 a day in mid-September.

India now has a seven-day rolling average of more than 78,000 cases per day and has reported 12.8 million virus cases since the pandemic began, the highest after the United States and Brazil.