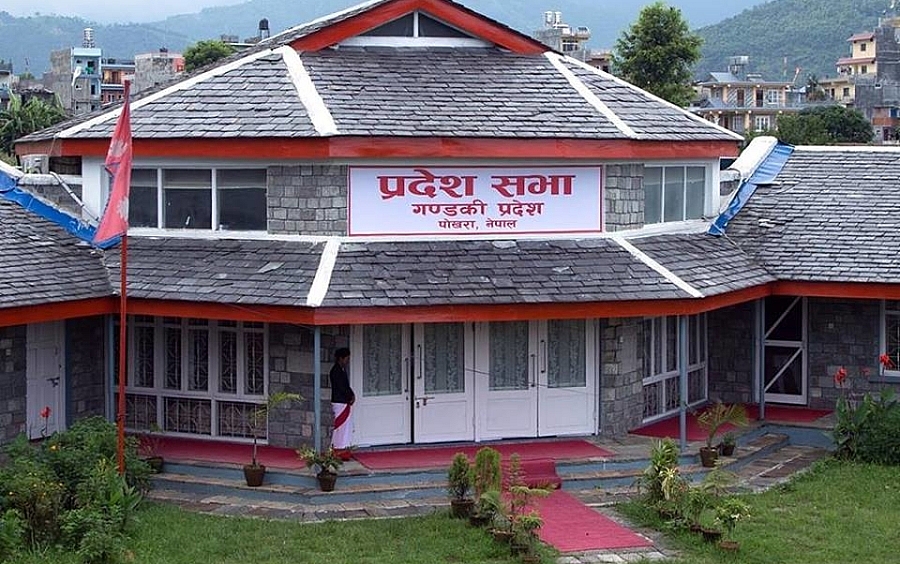 Gandaki, Three political parties which registered a no-trust motion against the Chief Minster at Gandaki Province Assembly have demanded security.

Issuing a joint press release on Thursday, the Nepali Congress, CPN (Maoist Center) and Janata Samajwadi Party have made public their official opinion regarding recent developments.

They have demanded full security of the Province Assembly Speaker and the parliamentarians supporting the no-trust motion in the province assembly, the release reads. The parliamentary parties’ leaders also called for bringing the individual and group involved in threatening and tempting province assembly members into action.

The parties have also demanded fair investigation into the PCR report of province assembly member Khim Bikram Shahi and its credibility, and examination of CCTV hardware of Charak Hospital as well as disclosure of its entire footages.

The leaders have made public their eight-point opinion in connection with the recent developments. The series of incidents such as abrupt prorogation of bill session after possible registration of no-trust motion against the chief minister, obstruction of the province assembly session by ruling party raising the issue of coronavirus test in a non-parliamentary manner, mysterious absence of assembly member Shahi on the day the no-trust motion was presented for decision and demand of the party whip for the disclosure of Shahi’s status and safety of his life have saddened and surprised them, the release noted. Rss

Health Ministry requests not to sell, distribute oxygen gas cylinders without its recommendation

China to remain committed to high-quality Belt and Road cooperation