We should be conscious for implementing constitution: CPN (UML) Chair Oli 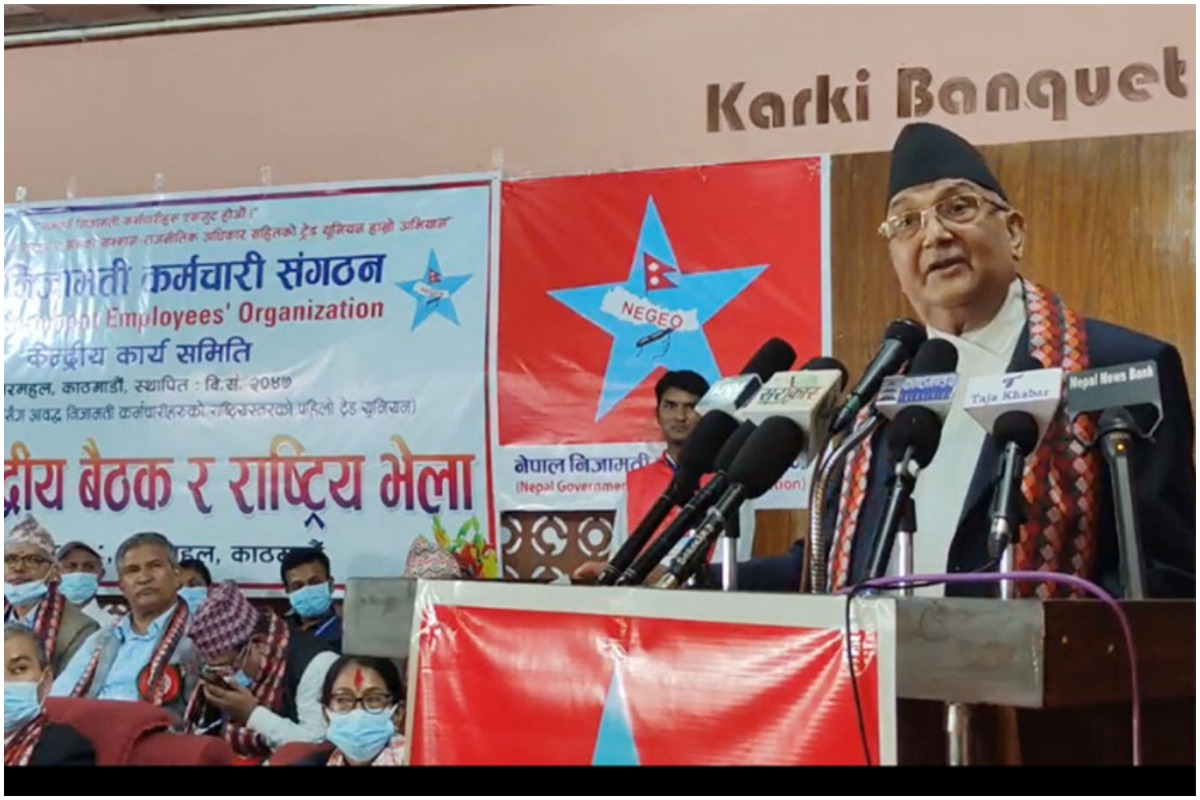 CPN (UML) Chair KP Sharma Oli has urged one and all to be conscious for the implementation of the constitution.
Addressing a programme organized by the UML Central Office at the Tulsilal Amatya Memorial Building in Chyasal of Lalitpur on the occasion of the Seventh Constitution Day today, former Prime Minister Oli said it was against the letter and spirit of the constitution to blame him of taking a retrograde step when he wanted to go for people's fresh mandate.

He claimed that active efforts were made to implement the constitution effectively during the time of the government under his leadership so that the regressive forces would not be able to raise their head again.
Stating that this constitution can be included among the best of constitutions as it incorporated topics like strengthening of all aspects of social life, education, employment, shelter etc under the fundamental rights, the former PM said this constitution has truly taken the rights to the local level as well as guided towards stability and prosperity.

He said, "This constitution is a historic document. Our party is proud of this success and it remains committed to its protection, implementation and evolution. It is our desire that office-holders of the constitutional bodies, including the Speaker, behave according to the dignity and decorum of their posts. If not, there will be the risk of the constitution turning into merely a waste paper. If this happens it will damage the democracy and the country."
The UML Chair said the main opposition party was committed to full democracy for fulfilling the national aspiration by moving ahead, tearing apart the tendency of 'saying false things the constitution is discriminatory while taking oath of office of gains'.

UML parliamentary party deputy leader Subas Chandra Nemwang, recalling the extensive discussions held while writing the constitution, said no change needed to be made in the basic aspects of the federal, democratic and republican constitution.
He said this constitution is made by the representatives of the sovereign people and so it was different and unique compared to the past constitutions which were issued by the king or the rulers.

UML secretary Pradip Kumar Gyawali said today should be taken as the day when the expectation of the Nepalis people for centuries and the dream of writing the constitution by the people's representatives were fulfilled.RSS
---