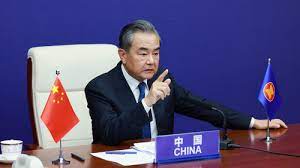 Wang called on the UNGA to play a bigger role in promoting anti-pandemic cooperation and fair distribution of vaccines, support efforts to tackle climate change and protect biodiversity and promote sustainable development.

Noting that this year marks the 50th anniversary of the restoration of the lawful seat of the People's Republic of China (PRC) in the United Nations, Wang said China's vote will always belong to developing countries and will always be in support of international justice and fairness.