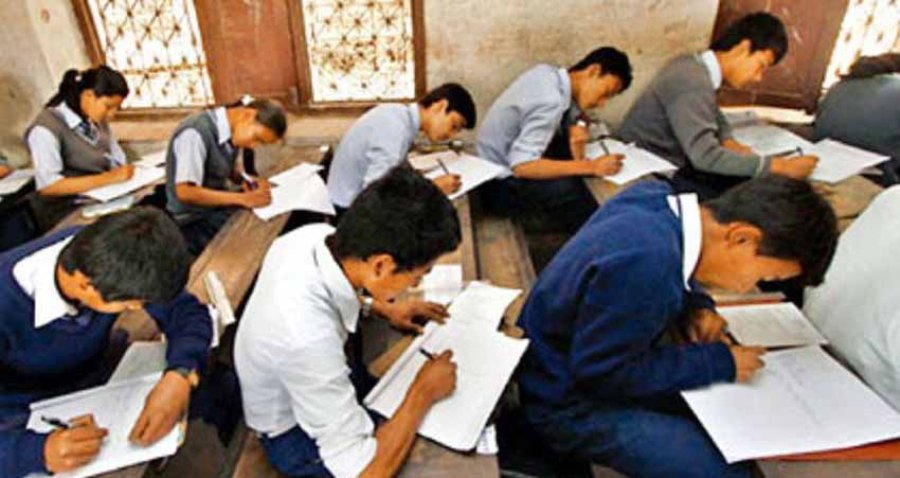 Kathmandu:  A large number of urban migrants' kids are back in their villages and are virtually attending classes in their schools based in the Kathmandu Valley.
As the schools suspended their physical classes after the outbreak of second wave of COVID-19 on last May, most of the urban migrant workers' children are taking their classes from the distance.

However, with the Kathmandu Metropolitan City's decision to run classes in person from May 26 has confused large number of such parents.
"On the one hand, the kids are not inoculated against the COVID-19 pandemic while the Dashain festival is round the corner on the other. It is puzzling whether to bring the kids to Kathmandu for a week or miss their classes," Sarsowti Khada of Ramechhap told the RSS.

Yashoda Thapa of Basantapur also said that it would be easier to run online classes instead of students' physical presence ahead of Dashain festival.
"The fear for coronavirus continues. Dashain is very close and the students have not received vaccine. There is no meaning to run classes physically just for a week," Thapa reasoned.

The Kathmandu Metropolitan City (KMC) on September 23 decided to run classes in person from September 26. However, schools with a large number of students are obliged to open the schools, the Metropolitan City said.
The KMC has assured the stakeholders to make arrangements for vaccination if the schoolteachers, officials and school drivers were missing inoculation.

However, most of the parents have put forth their concerns to reopen the schools only after Tihar festival as most of the children are in the villages and the fear for COVID-19 is still on.
Assistant Spokesperson of Ministry of Health and Population, Dr Samir Kumar Adhikari said, “Normally the infection rate has decreased but the risk is mounting due to carelessness of the people. Taking this situation into consideration the schools should not be opened”. He suggested that the local levels should take wise decision regarding resumption of the school operations in person only after mapping and analyzing risks at least up to Dashain. There is still a need of placing higher safety alerts as the risks of the coronavirus infection are not less as anticipated, he added.

Chairperson of Federation of National Guardians, Suprabhat Bhandari commented that it was hasty decision of the local levels on their own to open the schools physically when the risks of the virus are still all-pervasive according to the Health Ministry. Citing example that some schools of Kailali which took hasty decision to resume their operations some days ago have reverted their decisions of late, he warned the local levels to take responsibility of the consequences due to the reopening of schools amid high risks in urban area. “Ignoring the statement of Health Ministry is to invite further risks”, he added. Sushil Darnal/Sharmila Pathak RSS

Republic of Korea to support Pokhara in transport management

No alternative to democracy and multilateralism to overcome global tensions, adversities: Nepal