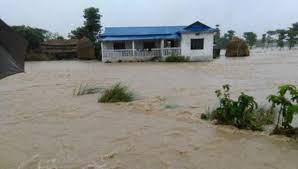 Kathmandu : As many as 88 people have lost their lives in the recent incidents of flood, landslides and inundation occurred in different parts of the countries following unseasoned rains, the Home Ministry data reveals.

According to the Home Ministry's Disaster Management Division, total 30 people have so far gone missing in the incidents. Most of them were killed in landslides. Today alone, 11 people have been confirmed to lose their lives. As many as 63 people died on last Wednesday while it was 14 on Tuesday.

The recent disaster has affected 20 districts. Bajhang saw the highest number of missing (21) in the recent incidents of flood and landslide.
Four people have gone missing in Panchthar as informed. Weather condition is improving from today. (Rss)